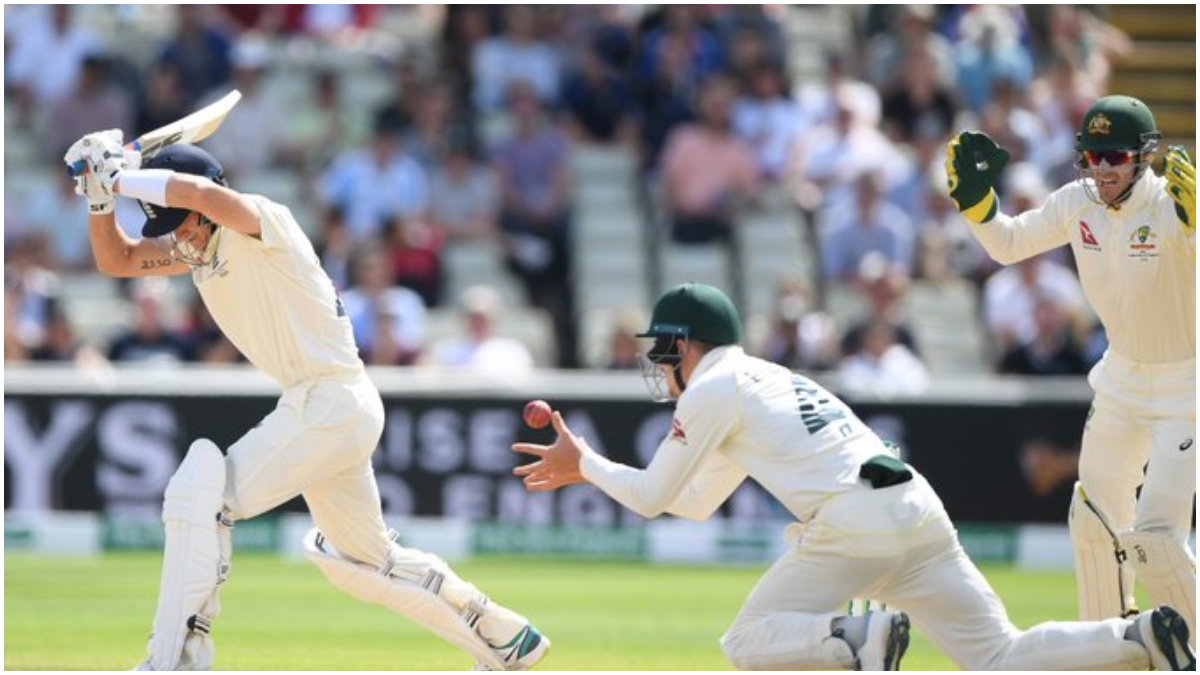 Australia have bagged a huge win in the first Ashes Test following a dramatic collapse by England on day 5.

England had no answer to Nathan Lyon’s spin on a turning track as they succumbed to a disappointing 146 all out.

They began day 5 with all 10 wickets intact after Australia had set them a virtually unreachable target of 398.

With wickets in hand, England must have been feeling optimistic about holding a draw.

However, those hopes wee dashed quickly when they found themselves four wickets down for just 85 runs in the 30th over.

The hosts will be disappointed with their second innings batting effort after outscoring Australia in the first and getting a lead of 90-odd runs.

Smith won the man of the match award for his surreal batting.

England will head into the second Test at Lord’s needing to level the 1-0 series deficit and reduce the prospect of losing a home Ashes series.