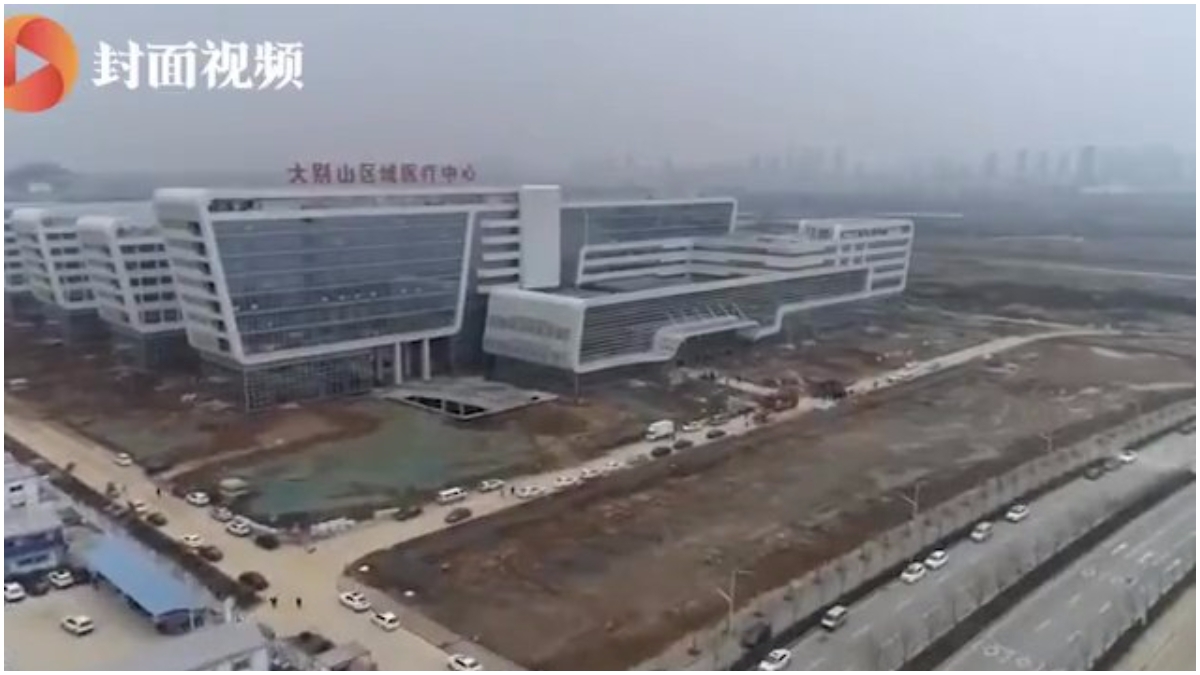 The Huanggang government in China has officially opened a 1,000-bed hospital after just two days of construction to treat patients of the coronavirus outbreak.

More than 500 construction workers took part in the emergency project and the Dabie Mountain Regional Medical Centre began admitting patients on Tuesday, according to metro.co.uk.

The hospital was meant to open in May this year. However, the outbreak of the virus was considered an emergency.

The hospital is located near Wuhan, where the virus was first detected late last year, and is fully supplied with water, electricity and internet.

In Wuhan, the government is building another large hospital from scratch and has set itself a deadline of Monday next week to complete it.

It is building a total of four hospitals at record speeds in a bid to contain the outbreak. The hospitals are based on a model medical centre built in Beijing in 2003 in the wake of a SARS outbreak at the time.

Coronavirus has caused the deaths of 132 people in mainland China so far, with almost 6,000 people infected.

China’s swift interventions to contain the outbreak have impressed a number of South Africans on social media.

Her followers were similarly impressed. @PaddyBush replied, “Two days. To convert a building into a hospital. Still VERY impressive.

“We would take 6 months plus a 3 month overrun, plus it would be ten times the cost because everyone involved would be taking kickbacks from the construction company who won the contract to convert.”

Another commenter, Gideon van Zyl, cited an example of a hospital in Kempton Park which he said was decommissioned in 1998 but never rebuilt to date.

Meanwhile, Health Minister Zweli Mkhize said on Wednesday that South Africa has put in place contingency measures in case there is a local outbreak.

He said, “South Africa has not reported or suspected cases to date. Research into the epidemiology of the virus or natural history of the virus is ongoing.”