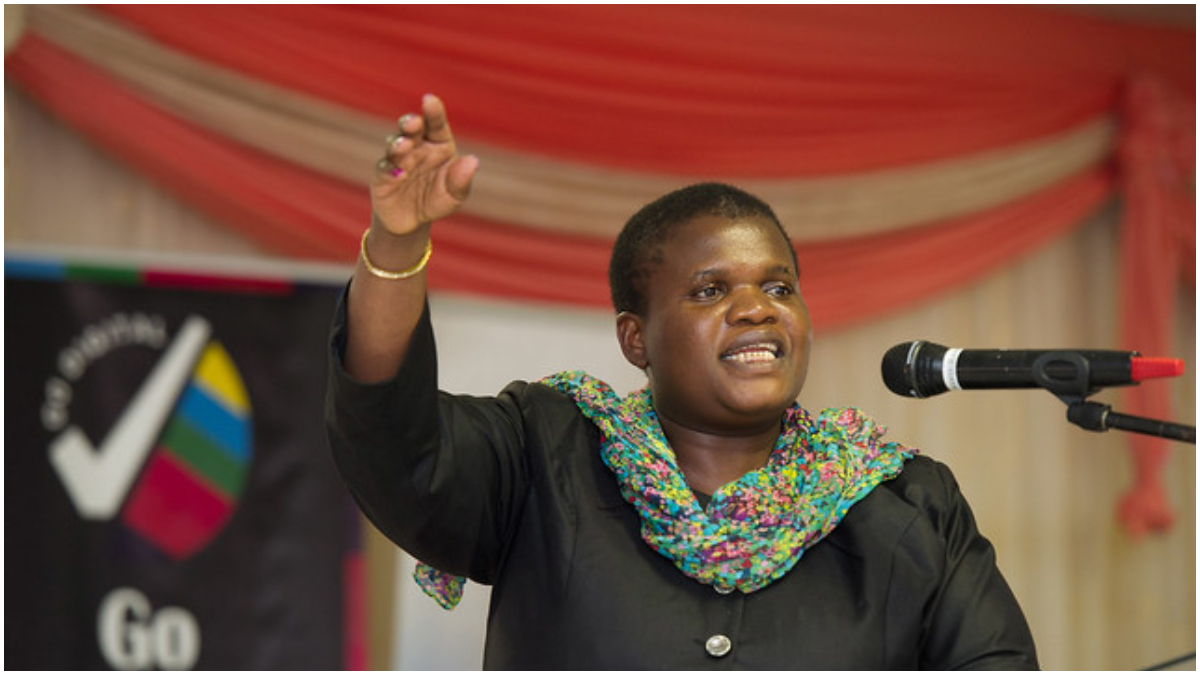 Former Communications Minister Faith Muthambi reportedly gave instructions to South African Broadcasting Corporation (SABC) executives even though she had no authority over the newsroom.

This is according to the report of the commission of inquiry into editorial interference at the SABC appointed in May 2018.

Seasoned journalist Joe Thloloe released the commission’s report at a media briefing in Johannesburg on Monday.

The evidence shows that from the year 2012 till 2017, SABC executives took instructions from people with no authority in the newsroom, for example, members of the SABC Board [Ellen Tshabalala] and the Minister for Communications [Faith Muthambi].

Report of the commission of inquiry into SABC interference.

The commission also found that authority at SABC was used “capriciously” to “terrorise” staff.

It established that staff members were threatened with dismissal if they failed to execute certain instructions.

In the end, the state broadcaster was derailed from its mandate and editorial policies, the commission found.

It found “no direct link” between the African National Congress (ANC) headquarters and editorial decisions in the newsroom.

It recommended the establishment of a a news and current affairs advisory committee.

The commission further recommended that SABC’s group executive for news and current affairs should chair the broadcaster’s editorial policies and ethics committee.

In addition, it recommended an audit into all SABC newsroom managerial appointments.