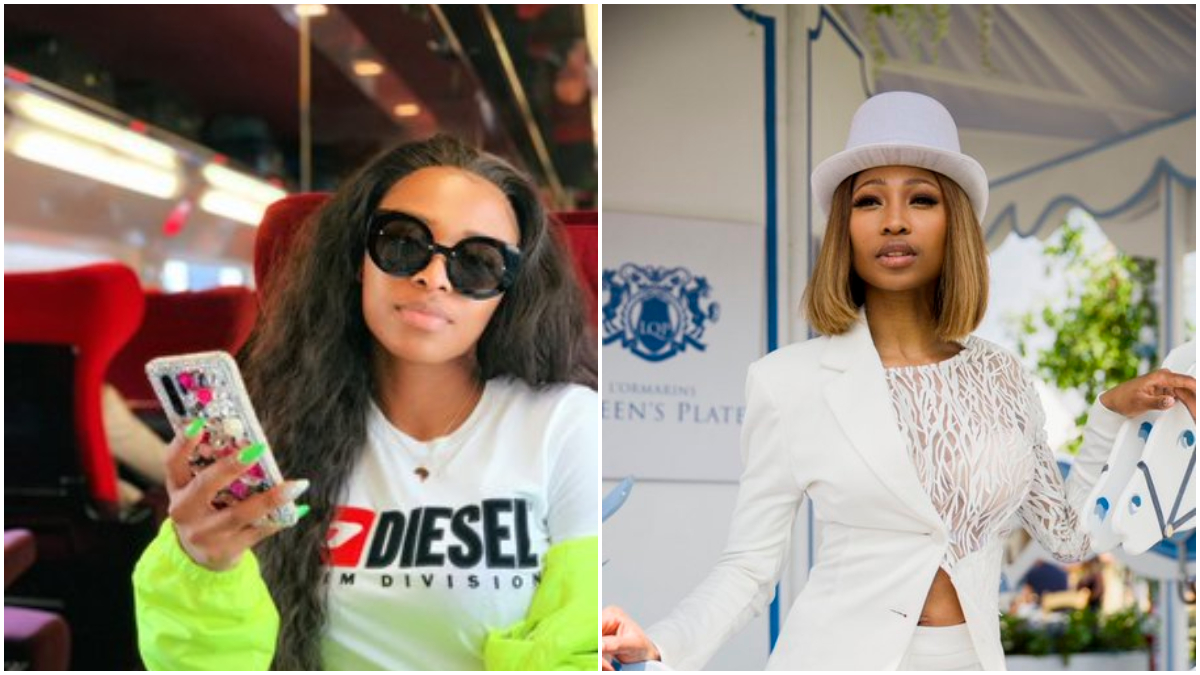 Actress Enhle Mbali hosted DJ Zinhle on her new talk show Sincerely Yours recently – but it has left fans confused as to who actually was being interviewed.

The show debuted on Friday on THD24 and naturally, the two popular media personalities spoke about their love lives.

It became a real heart-to-heart conversation as they shed some light on their partners’ alleged cheating and how they dealt with it.

DJ Zinhle’s breakup and recent makeup with rapper AKA was reportedly caused by AKA’s alleged infidelity with media personality Bonang.

For her part, Enhle’s husband DJ Black Coffee was allegedly involved in a cheating tape a few years back.

More recently, reports indicated that the two have decided to separate, with divorce actually being talked about.

As Enhle interviewed DJ Zinhle, she sought to draw parallels between her experiences and DJ Zinhle’s.

She spoke about how, just like DJ Zinhle, she went back to her cheating partner.

I remember in my pain, tears, strength and stillness there was one day when I was sitting alone and I thought: ‘Why do I care so much?’

This led to some fans feeling that Enhle made the interview more about herself than her interviewee’s.

The Enhle & Zinhle interview was definitely an Enhle interview. I think she just needed someone she could relate to, who could also to her soundboard. I will however say I respect Zinhle quite a bit.

Dj Zinhle should’ve been the interviewer /host.. Seems like Enhle has alot of offloading and healing to do.

However, some fans didn’t see anything wrong with the interview.

To them, Enhle was justified to share her experience because part of it is so recent.

There’s nothing wrong in Zinhle and Enhle’s interview. Zinhle has had time to deal with everything and she has finally moved on from it and eya-Enhle is still new.

If this interview happened maybe 3 months after yonke leya-drama am sure Zinhle’s answers would’ve been different.

No matter how one sees it, the interview demonstrated the strength of two women who overcame, or are overcoming, personal adversity.

Ultimately, that’s something to look up to.