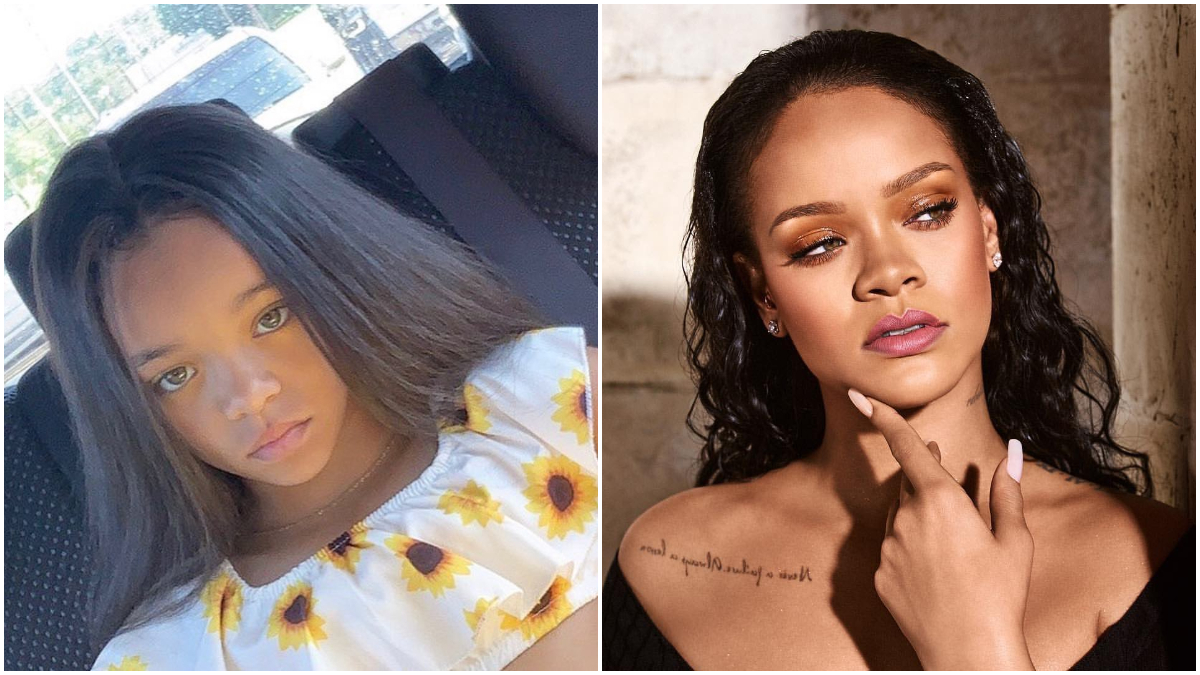 As one of the world’s most talented and popular songstresses, Rihanna has probably seen it all and nothing much surprises her.

One thing however stunned the wits out of her recently – a young girl who looks, really looks, like a mini-Rihanna.

The megastar posted a snap of the unnamed lookalike on Twitter and described just how surprised she was at their resemblance:

Almost drop my phone. How?

The pic has gone viral, gobbling up more than half a million likes and 63,000 retweets.

It prompted some hilarious replies, including one that suggested a biological impossibility.

A commenter replied that the young girl has been sent to drop a Rihanna album since Rihanna isn’t dropping one at the moment.

An album is literally what Rihanna’s fans are hankering after. One said it’s taking long because she had a child.

Well, perhaps Riri will soon drop that album – the pressure is so massive even a Rihanna lookalike won’t make it go away.