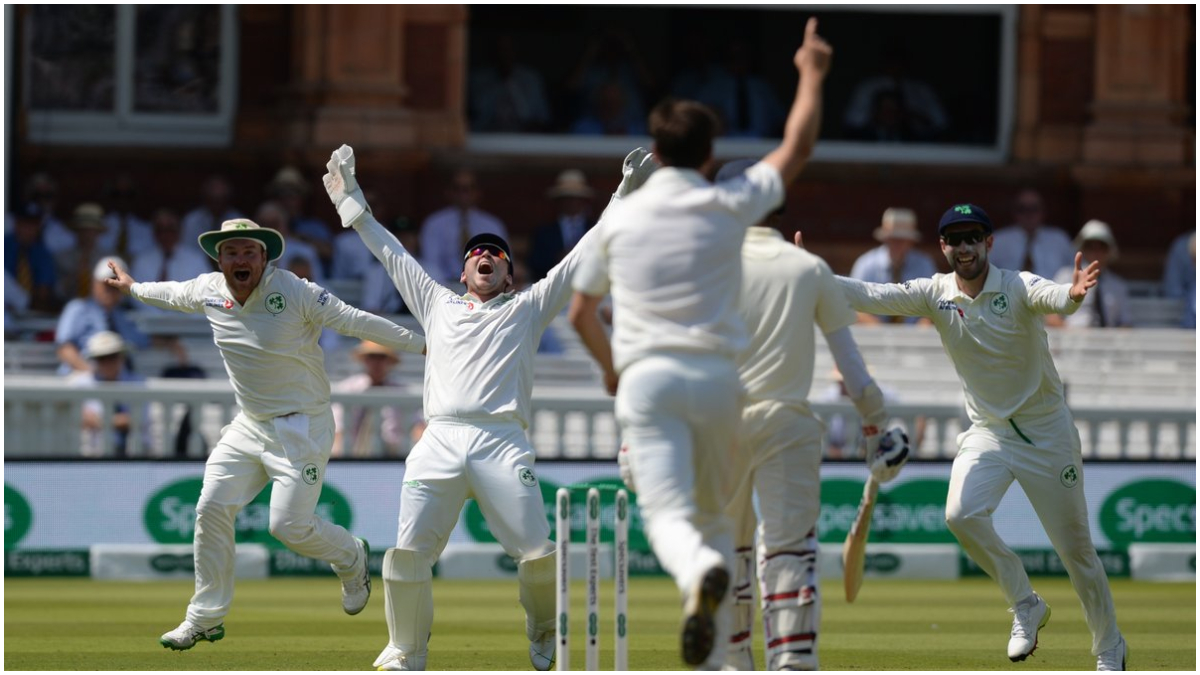 England may have scaled the dizzying heights of a first cricket World Cup just a couple of weeks ago, but they tumbled back to earth dramatically on Wednesday.

On day one of their once-off four-day Test against Ireland at Lords, they suffered the humiliation of being bowled out for a paltry 85 – after electing to bat first.

Boyd Rankin got in on the action with the wickets of Sam Curran and Stuart Broad for 19 and 3 respectively.

Joe Root won the toss and hoped to cash in on the clear skies and sunshine. However, it was the bowlers who got the better of a rather sloppy-looking batting unit.

This is England’s lowest innings at home since 1997. It’s also the first time they have been bowled out before lunch at Lords.

Meanwhile, Ireland were going steady at 63/2 midway through the second session.

Sam Curran had both wickets – William Porterfield for 14 and JamesMcCollum for 19.