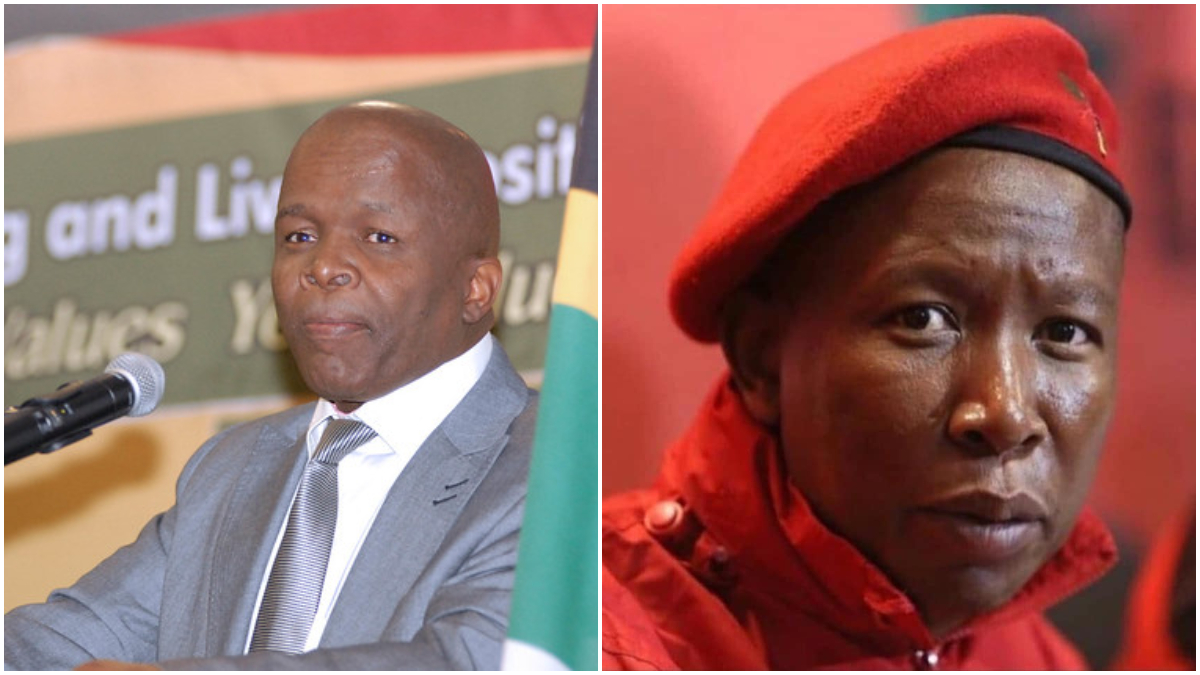 Gungubele was “sweeping” (closing the ANC’s debate on the Presidency Budget Vote) when he launched a takedown of Malema, accusing him of having “no sense of self-contradiction.”

Malema had earlier responded to President Cyril Ramaphosa’s Budget Vote speech, claiming that “the centre is not holding” under Ramaphosa’s ANC leadership.

The EFF leader also criticised Ramaphosa for not appointing Deputy Finance Minister David Masondo, “a PhD holder,” to the board of the Public Investments Corporation (PIC).

In contrast, Ramaphosa had earlier appointed Gungubele, whom Malema referred to as “intellectually challenged.”

However, Gungubele came out boldly and criticised the EFF leader for stifling internal debate in the EFF.

The ANC is not a cult; we’re a democratic organisation. What confuses you about this president is [that] he’s consultative. Every individual has got a right to express his view, something that does not happen in your party.

A hard-hitting Gungubele reminded Malema that while he called him “intellectually challenged” yesterday, the same Malema had showered praises on him when he was still Mayor of Ekurhuleni.

He also reminded the EFF leader that he once defended Public Enterprises Minister Pravin Gordhan and that he once criticised Public Protector Busisiwe Mkhwebane.

Malema’s positions on the two individuals are now different.

What I’ve realised, Hon. Malema, is that debating with you is a waste of time because I don’t know what you stand for.

Your weakness, Comrade Malema, is that you have no sense of self-contradiction.

Social media users were quick to praise Gungubele as someone who finally hit back at Malema.

A commentator, Abigail, tweeted, “Mandela would be so proud. He taught us to stand for the greater good and what is right. Not stand for whatever is on Malema’s populist agenda for the day. Bravo Mondli Gungubele.”

Enoch Silaule also tweeted, “This is the first time I see an ANC member actually challenging Juju head on. When Juju insults them and their party, they go around and say: come back home Malema. Including the President.